After complete my schooling I got admission in engineering with the dream of getting a job in MNC. Working for a core company was the motto of every other Indian boy in 2010. But after 2010 India saw a significant change in the field of employment. It was the inception year of Paytm in India. While Flipkart, first Indian e-commerce company was already in running phase from 2007.

Moreover, the success of silicon valley companies boosts an entrepreneurial spirit in Indian youth. I was in the second year when I came to know about the word entrepreneurship, and yes it was a fantastic feeling to see yourself working on something new other than engineering books. I understand that what an entrepreneur does is not only helpful for him but country too. Most exciting part of entrepreneurship is that you can create jobs and help the nation in growing.

A right startup community will help you to follow your dream and passion.

Still, entrepreneurship is highly enjoyable for those who love Rollercoaster life. You can help the nation to grow, and country like India required the maximum number of entrepreneurs. But do proper research and first, understand entrepreneurship. 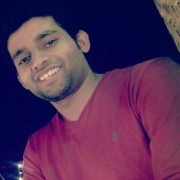 Why are so many College Dropouts Successful in their Life? – Mahesh Murthy Answered

Why Do We Need A Skill Based Startups Indian Ecosystem? – Be Skilled