A business mind always thinks about the opportunities behind the problems & find the solution for it. Entrepreneurship is something that comes with passion. And you can see that passion in an entrepreneur from the beginning. Just like Sanjeev Bikhchandani; founder of India’s largest job posting portal Naukri.com. At the age of 12, when most of the kids worry about new games & toys, Sanjeev decided that he will become an entrepreneur. At that stage, the idea started forming in his head that, somewhere along the way, he would be starting a company of his own. Not only Naukri.com, but Sanjeev also founded two more companies i.e. Infoedge Pvt. Ltd & Indmark.

Sanjeev Bikhchandani did his schooling at St. Columbia School, Delhi and passed out in 1980. He completed his graduation in B.A (Economics) from St. Stephen’s College, DU. After graduation, he decided to go for a job for two years, before starting his own business. So he opted for a marketing job at HMM (now known as GlaxoSmithKline) and within a year and a half, quit that comfortable marketing job to start his own business.

Sanjeev along with a partner set up two companies Infoedge Pvt. Ltd & Indmark in 1990. The first specialized in Pharmaceutical trademarks and the second produced salary surveys & reports. Both the companies started from the servant’s quarter of Sanjeev’s father house, for which both the partners used to pay Rs.800 as monthly rent. Since the business was at its initial stage and not growing much, they often faced a financial crisis, and Sanjeev used to give classes over the weekend for side income.

During his job at HMM, Sanjeev observed that everyone likes to know about the current job openings, even the employees having a luxurious job at HMM, also used to openly talk about jobs that were available or moving out of their hands. They discussed opportunities. Nobody was applying, nobody wanted to leave because they were in a comfortable MNC job with good brands, excellent pay packages, etc., but they used to talk about it. There is a vast market below the surface, highly fragmented and spread across HR Departments and placement consultants. If somebody could aggregate it, it would be a compelling product where you could somehow do business. He started off his company doing the odd market studies, surveys and workability report, but the firm was too broke to pay him, so the house was looked after by his wife who worked with Nestle.

In 1996, at a visit to IT Asia fair at Pragati Maidan, Bikhchandani saw a stall with a “www” sign mark and got his first exposure to the net and what it could do. The forgotten job listing database suddenly looked useful. Sanjeev called up his brother at the UCLA business school and told him about the website. He said, no problem, I will spend for it, and you pay me when you can. That was tough, but the thing about doing your own business is that you are believably pleased even though you are not making money.

Sanjeev went to another friend who is a perfect programmer and told him about the idea to begin a Web site. Since Sanjeev didn’t have the money, he offered him a 7% share in the business and company. He was a freelancer operating from home. They went to the Central News Agency and brought back some 29 newspapers with employment appointment ads. They created the structure of the database and told them to insert the jobs.

They got a thousand jobs, then took a floppy to the techie friend and told him here is the menu and the navigation they needed – and he developed the website — Naukri — in a week.

It was started on April 2, 1997. It was a very simple site. If you look at it now, it was very awkward and embarrassing.

At around that time, journalists in India had begun to write about the Internet and were studying about Indian examples to talk and write. So they started getting extensive coverage. In the first initial year itself, they had two big files of press coverage, and that really helped. Because they got coverage without trying, it also got traffic. 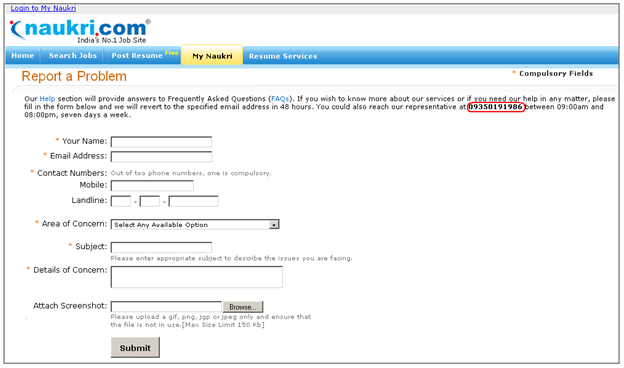 The first preference is the product; the next is the brand name— spend a lot of bucks on advertising both online and offline. The third is the sales team and sales network to sell. What they can do with technology is that if you register your resume with Naukri, the head-hunters will call you.

When Naukri.com was launched, there was no thought and vision. All Sanjeev imagined was, if I get a thousand companies or organizations to pay me Rs 500 a month to list a job and this would be each month I can do a Rs 60 lakh (Rs 6 million) turnover in three years time I will multiply the turnover of the company five times. And today he made it a multi-million company through his continuous efforts and determination.

Success Story of Rayna Tours : UAE’s One of The Most Successful Destination Management Company

How the dream of two young minds started with Rs. 30000 and shaped into 100 Crore Company- Success Story of Wow Momo

Success story of Pranay Chulet: From a small town boy to multi-millionaire Entrepreneur