In the late 1960s, when television word was still not heard by many in India, Nanu Gupta was busy establishing up a store for consumer goods in the heart of Mumbai. Having worked with an Usha International distributor, he knew the differences of the consumer durables business. He chose to strike out on his own by trading the same sewing machines and fans he had dealt with earlier. He founded Vijay Sales.

Capitals were limited, and so was the area of the place. Gupta borrowed Rs 2,000 from family and friends to set up his first shop in Mahim in 1967. To make room for consumers, he had to keep a folding chair in the 40 sq ft store named Vijay Sales after his junior sibling.

Gupta began by taking goods on credit straight from manufacturers and paying them after selling. Direct purchases supported him to save on dealer commissions and pass on the advantage to customers in the form of rates lower than the rival brands. The store was soon a hit and footfalls multiplied quickly.

The outlet now covers 40,000 sq. ft. and has become a benchmark in the city. Vijay Sales is presently managed by the next generation with the son of Nanu Gupta– Nilesh Gupta as the Managing Partner.

“It was not easy to get customers as there was strong competition even in those days. We kept all the TV sets on at our stores unlike rivals, who switched them off. This was a way to attract shoppers to our stores,” says Nilesh Gupta. 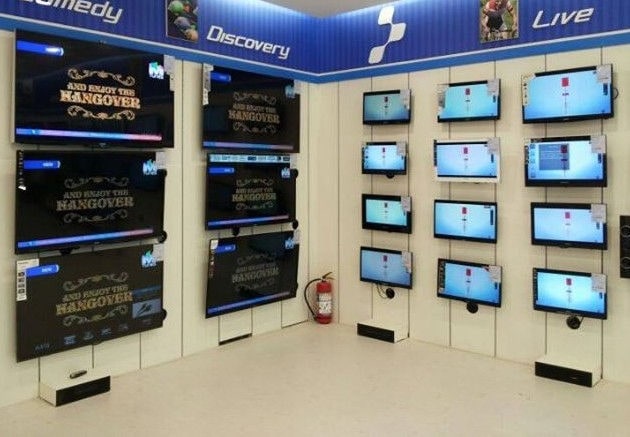 “Today, we try to beat the competition by bringing in branded flat panel and plasma TVs even before companies start advertising the new models,’’ he adds.

Vijay Sales stocks its goods in nine different warehouses that supply to all the 54+ stores over Delhi, Gujarat and Maharashtra — the classic hub-and-spoke pattern. That helps it sustain optimum inventory levels, without over- or under-stocking any item, besides decreasing warehousing costs. “Logistics is essential to our business, and we manage individual distribution centres in every city,” says Nilesh Gupta.

What has also helped them do better than the opposition is its eagerness to buy out the inventory MNC champs are saddled with at a lowered price and charge customers cheaper rates. “That helps propel sales,” he adds.

Vijay Sales climbed up swiftly from 2006, sensing impending competition from biggies such as Reliance Retail, Croma. “Modern business players actually dared us to scale up and there were even some who wanted to buy us out. But that was the time we chose to extend our operations and entered new States,’’ said Gupta.

This development was not without its share of challenges. Being an unknown retailer in the northern business market, there was the question of faith. “We asked customers to call up just about anyone they knew in Mumbai to verify our honesty. That worked for us.” Outside Maharashtra, the firm is now better known as ‘Mumbai Wali Company’.

Managing Director of the local consultancy firm, Devangshu Dutta Third Eyesight, gives the corporation a thumbs up. “Vijay Sales has been able to modify itself, in a staged manner, from a family-run business to a modern enterprise format.” The consumer durables industry continues to run on thin margins, about three percent of net sales, making it difficult for smaller performers to scale up. But Vijay Sales does not want to exercise the franchise license choice to widen its reach. “We feel a franchise is unlikely to add any value to the company. The strong brands already have the stake and the business will not be any separate if it were to be run by a franchise,’’ says Nilesh Gupta.

While the company claims it has been making profits consistently (Gupta says they were profitable from Day 1), maintaining them could be difficult in the current economic situation. “Expenses are on the rise. Companies are decreasing the margins but if the cost rises are passed on to the consumers, it will result in a massive slowdown. Also, the rising dollar has hit our import-dependent industry,’’ observes Nilesh Gupta.

Given the dubious business scenario, Vijay Sales is not in a hurry to become a pan-India player.

But its ‘slow and steady’ procedure will ensure that it doesn’t have to lament overextension at a later date. “We are not in a hurry; we have been around for the last 46 years and would want to last many more years,’’ says Nilesh Gupta.

How the king of Snacks: Haldiram Foods made its place in Indian Snacks Industry