Almost everyone is aware of JustDial services today. JustDial is an Indian company providing local stores search services over the Phone, Web, Mobile and SMS. It is headquartered in Mumbai, Maharashtra. Local search services for the USA were initiated from 2010. Beginning with just Rs 50k in hand, VSS Mani, founder of Just Dial has built a market with an annual turnover of Rs 100 crore and revenue more than Rs 690.83 crore (March 2016). Let’s have an eye on success story of VSS Mani.

Justdial was established by Venkatachalam Sthanu Subramani Mani aka V.S.S. Mani and performs the role of the Managing Director and CEO of the Company. The company began providing local search assistance over the phone in 1996. Under the Just Dial brand and started their Internet and mobile Internet services in 2007. Yes! You read it right, after 11 long years they came to the world wide web. Justdial serves to around 57+ million users across 2000+ towns and cities in India. The corporation has more than 4500 employees operating for them in different branches. 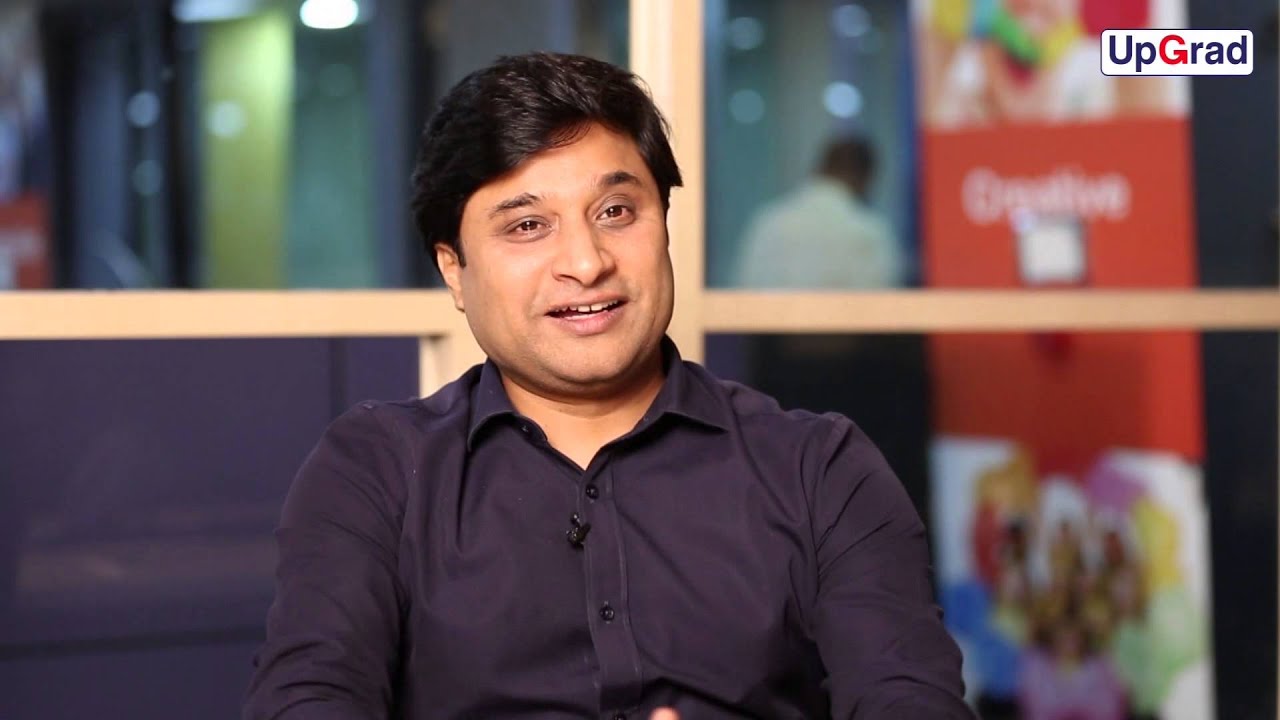 VSS Mani, In the video of Startup India Upgrad Program as the advisor. | Via

Just Dial is a matter of getting it right the second time around. Not giving up even after wind up Ask Me, VSS has taken his phone-based business marketing model to print, online and SMS. He is now busy executing a global rollout.

The Idea & Concept Behind JustDial:

V.S.S. Mani was doing his graduation with CA articleship. But he had to drop his chartered accountant exams to support the family income. He took up a sales job with a yellow pages firm called United Database India (UDI) in 1987 and worked with the organization for about two years.

While working there, an idea clicked in his mind– why not have something like this over the telephone?

In 1989, Mani, with some like-minded people began a company called Ask Me. This was before the telecom growth. Only a few people owned telephones those days. The idea was good, well understood, and they tried to improve as fast as possible. But with the downward turn in the marketplace, they were easy victims. Also, since it was a new plan with three different partners working on it, there were three separate ideas. In early 1992, Mani left the company and walked out; it was not going in any direction.

From 1992 to 1996, Mani worked on several ideas to sustain, and to save some money to start Just Dial. This included a thought called Wedding Planner, which was in a tie-up with The Times of India. In 1995, The Kandivali Exchange in Mumbai was coming out with its 888 series. Mani requested the general manager and told him about the idea, and also what he thought to do with the number 888 8888. He liked the presentation and felt that idea was a beneficial thing and gave Mani the number. It was a terrible thing to do in those days. But it happened. Sometimes when you dream, and you are really desirous to get something, you get it.

In those days, a telephone line used to cost Rs 15,000 under OYT or else one had to wait for some years. They got this 888 series number in 1995 but for one year could not begin the service because they didn’t have enough capital to start. They appealed for a phone by paying Rs 3,000, and it actually came a year later! Finally, Just Dial was launched, with the number 888 8888, some rented furniture, rented PCs, and a small 3×5 feet parking garage on hire. This company was started with a capital of just Rs 50,000!

Fifty-odd thousand rupees was all the capital that Mani had. He had to find a residence and an office space and had to support a family of four. There was some relief which came from his cousin, who gave him about a lakh, and that did help him later. Apart from that, there was effectively no other help. Just Dial was, you could say, pretty much built on Rs 50,000.

During those days, actually, there were more naysayers than people who were really encouraging to do it. People were telling ‘This won’t work in India’, ‘It won’t work’, ‘Why would somebody call you?’. There were more of those. But yes, in current times, Just Dial have got a couple of rounds of investments, real acts of trust, that people have trusted Just Dial, and they want to see Just Dial go to the next level.

The Growth From The Begining

Just Dial started on the telephone in 1996. They finally launched the official website in 2007. Lots of internal disagreements about whether to do this – because of the fear that the internet business would cannibalize the voice-based business. Interestingly, their internet business increased like a hockey stick, and at the same time, the voice-based company continued to expand at the same rate as before.

No one wanted to fund an idea that had failed once.

It was evident that product development was the final strength, so they concentrated on getting the correct data in place. They also capitalized on the ‘wow’ factor for the user, as it was a unique, enthralling idea. The word-of-mouth advertising did the rest. 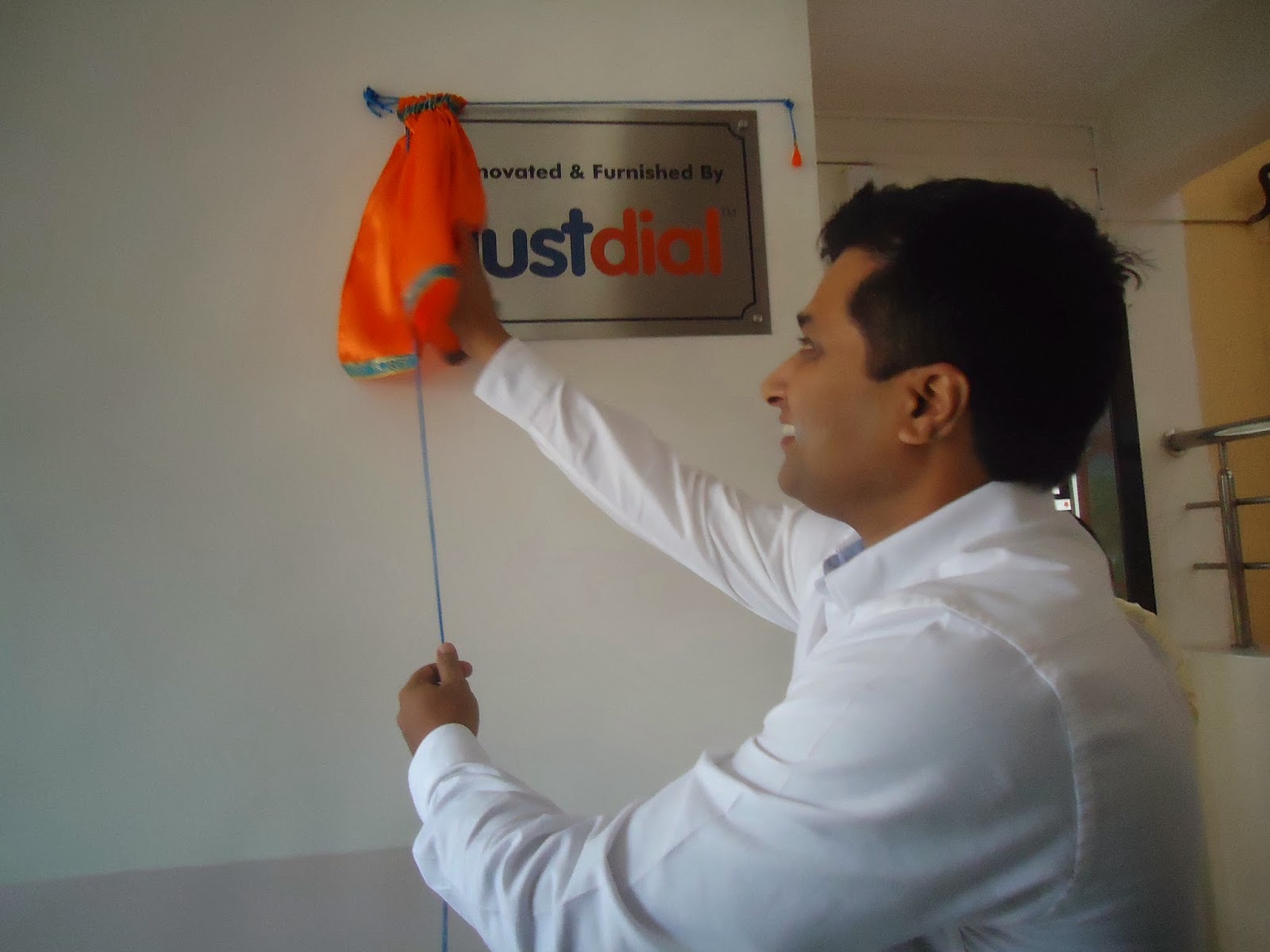 Inauguration of class rooms by Mr. V.S.S.Mani Founder and Managing Director of Just Dial. | Via

They achieved revenue of Rs 25 lakh in the first year. Ultimately, the dial-for-information service became a hit among consumers, rising in 2004 after the increase in cellular invasion. They moved from leasing office space and equipment to renting it, and by 2004, owning it. Today, they have extended from five representatives to 4,000, and Just Dial’s headquarters have expanded from a 300 sq. ft. to the 40,000 sq. ft. office on the outskirts of Mumbai besides the 1,75,000 sq ft office space across India. Now they are no more limited to the phone; Just Dial is on the Net, WAP and SMS; it’s multiple platforms local search engine.

From the founder, V.S.S. Mani to Newspapers

I feel you got to be enthusiastic about what you do. You got to keep thinking. You have to take direct action and not just assume. Many people just believe and don’t take any action. If they choose to take action, they don’t analyse it, and they don’t change their way.

Remember, entrepreneurship is entirely different. It’s not like a conventional job. It’s a calling. So don’t do it except you have it in you. It has to come from inside. Not because somebody told you. Or copying, following someone else. And remember, there will be lots of hoodoos. And learn from them. Don’t do minor, progressive things that copy someone else’s idea. Do something disruptive.

During the journey of this industry, I have learnt many lessons which no management books could have taught me. Each day had something new to offer. His theory was simple — aim for improvement in the business on a daily basis and overcome the difficulties in the process.

“When we launched, the concept was ahead of its time, but I didn’t give up on my vision and idea.”

Though at every level there were people around who derided the idea, I had the last laugh. I believe there is no replacement for hard work and with determination, self-belief and confidence, one can transform lives.

How Truecaller Was Started and Its Business Model Became So Successful? Success Story of Mobile App